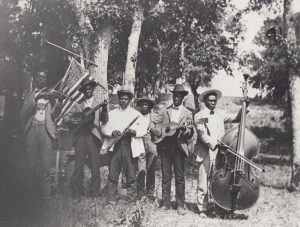 Growing up my family celebrated our freedom from enslavement with a family feast, usually around the end of Lent. So, it strikes me as entirely natural that the United States should celebrate the end of chattel slavery in North America: Juneteenth.

While the story of how my ancestors got their freedom has been enshrined in Scripture as one of the books of what Christians call the Old Testament, I did not hear about Juneteenth until well into my adulthood. Even then, I got the story wrong.

For the record: it commemorates arriving Union Army Gen. Gordon Granger’s order on June 19, 1865 in Galveston, Texas, proclaiming freedom from slavery in the last place in the Confederacy for the news to reach. One hundred fifty-six years later, almost to the day, it became a National Holiday.

What I really want to say is, “What took you so long?” But I know the answer; I’ve already said it. Who knew? Even during the upheavals and revelations of the Civil Rights movement, which changed how much of America viewed the Antebellum South and the Civil War, there was little mention of Juneteenth.

In one sense, that’s understandable. Amid the news of little girls being blown up in churches and attack dogs being sicked on peaceful protesters, it seemed a little arch, to say the least, to celebrate the formal end of racial oppression at its worst. It is tempting to ask, barely a year after the murder of George Floyd, with over a thousand more People of Color killed by police since, “How much has really changed?” And, “Is it enough to celebrate?”

My answer to the second is, good God, yes!

The answer to the first is more complicated. People are still being killed at alarming rates, but now, we don’t look away. As Condoleeza Rice, herself anything but a Leftist firebrand, put it last year, “[A]s somebody who grew up in Birmingham, Alabama – Jim Crow Alabama – when, if a black man was shot by a policeman, it wouldn’t have even been a footnote in the newspaper, I’m really grateful to people who are going out now and saying, ‘No, that is not acceptable.'” Growing up in New Jersey at the same time, I still remember the protests when the first Black family moved into our suburban town.

My own children grew up in suburbs so thoroughly integrated, the pie chart was cut into virtually even wedges. Maybe more importantly, the fictitious families most of us see most of the time, the ones in TV commercials, are predominantly multiracial, mixed gendered and otherwise inclusive of people who are distinguished by their difference. Even “Disney Princesses” now come in Asian, Pacific Islander, Middle Eastern and Indigenous American varieties, to go along with the too pointedly named Snow White. In those and in far less trivial ways, inclusion does matter. It’s a journey of a thousand miles, and we’ve taken a dozen steps. That’s why answering the first question is complicated.

The answer to the second question is simple for me because, in my family, close and extended out to the Twelve Tribes, has always done: celebrate the victories even when times are darkest – especially when times are darkest. Exodus does not recount the last time my ancestors were forced into slavery, or worse, targeted for extinction, it was only the first. That is the reason that, when we sit down for the Passover feast and the annual retelling of the story and the ritual question is asked: “Why?” the answer comes: “Because of what happened when I was a slave.”

In a prison, even a small patch of sun is something to celebrate.